Dr. John Buckner is a Colonel (Ret) in the United States Army. He is a member of the American Legion, the Veterans of Foreign Wars, the Reserve Officers Association, and the Association of Military Surgeons of the United States. Dr. Buckner has received numerous military awards from his service, including the Meritorious Service Medal and the Combat Medic Badge. He is a general surgeon at the Ferrell Duncan Clinic at CoxHealth in Springfield. Dr. Buckner holds a medical degree from the University of Missouri Kansas City School of Medicine and is a fellow of the American College of Surgeons.

Dr. Jose Dominguez is a retired Lieutenant Colonel, with service in the Missouri National Guard and the United States Army Reserves. He is a member of the Veterans of Foreign Wars, and the Reserve Officers Association. Dr. Dominguez received the Meritorious Service Medal, the Iraq Campaign Medal, the Kosovo Campaign Medal, and the Combat Medic Badge. He is a surgeon at the Ferrell Duncan Clinic at CoxHealth in Springfield and serves as a reserve deputy for the Greene County Sheriff’s Office. Dominguez holds a medical degree from the University of Missouri Kansas City School of Medicine.

Meredith Knopp served as a Captain in the United States Army. She is a member of the Women's Army Corps Veterans Association and the Association of the United States Army. She is a co-founder of HEROES Care, a non-profit that provides support for veterans and their families. She is the President and CEO of the St. Louis Foodbank. She holds a bachelor's degree in international relations from Michigan State University and has studied at Cambridge University.

Tim Noonan served as a Captain in the United States Marine Corps and is the founding board member of the Friends of Soldiers Memorial. He is the Founder and Chief Executive Officer at NICE Holdings. Previously, Noonan was the Vice President of Training Systems and Government Services at The Boeing Company in the Defense Space and Security Division. Noonan graduated from the United States Naval Academy and holds a master’s degree in business administration from the Wharton School of the University of Pennsylvania.

Tim Smith served as a Sergeant in the United States Army. He is an Operation Iraqi Freedom Veteran. His military awards include: Army Commendation Medal, the Army Achievement Medal (3); the USA/USAF Presidential Unit Citation; the Meritorious Unit Commendation; the National Defense Service Ribbon; the Global War on Terrorism Expeditionary Medal; the Global War on Terrorism Service Medal; and the Army Service Ribbon. He is the owner and founder of Patriot Commercial Cleaning. He has been recognized as the Veteran Business Owner of the Year in Missouri and has hired over forty veteran employees. Smith holds a bachelor's degree in social work from the University of Missouri - St. Louis and a master's degree in social work from the Brown School of Social Work at Washington University in St. Louis.

Member of the House 1

Representative Lynch serves Missouri's 122 House District. He serves as Vice-Chairman on the House Veterans Committee. The Missouri State Veterans Cemetery-Ft. Leonard Wood is in his district.

Representative Robert E. Sauls represents the Eastern part of Independence in Jackson County. (District 21) He is a fourth generation resident of Independence, MO and currently lives there with his son, Jackson. He was elected to his first two-year term in November 2018. He currently serves on the House Veterans Committee. Representative Sauls also currently serves as the Assistant Staff Judge Advocatee in the USAF Reserves.

Member of the Senate 2

Senator Schupp serves District 24 and lives in the St. Louis area. She is a member of Senate Appropriations Committee and the Senate Veterans and Military Affairs Committee. She is founder of the Missouri Veterans History Project. 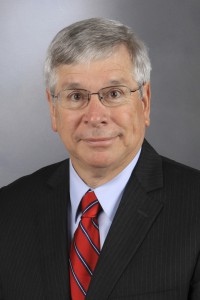 Senator Wallingford represents District 27 and currently resides in Cape Girardeau with his wife, Susan. Senator Wallingford is a retired Lt. Colonel with the United States Air Force. He served on active duty for 25 years, including five tours in Vietnam and six tours in Desert Storm/Desert Shield. He received the Silver Star, Distinguished Flying Cross, 21 Air Medals, the Air Force Commendation Medal for Heroism and several other honors. Senator Wallingford and his wife are the proud parents of London Jolliff and Brandon Scott Wallingford and the proud grandparents of Forest, Graeme, Emery, Carson, Brinleigh, Hadassah, Caleb and Noah.