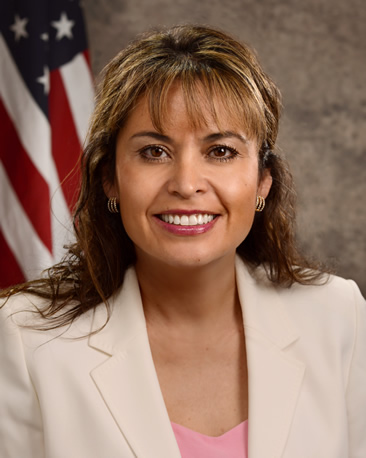 Col Link was commissioned in 1993 at the Academy of Military Science at McGhee Tyson ANGB, Tennessee. Before assuming her current position, Col Grace Link was the Director of Staff for the Missouri Air National Guard at the Joint Force Headquarters-Missouri. As the Director of Staff, she was responsible for all Missouri Air National Guard operations of over 2,200 personnel. Col Link was the principal advisor to the Adjutant General on all aspects of air operations. As such, she developed and executed plans, policies, programs and procedures to develop the Air programs of the Missouri National Guard. While in the National Guard, Col Link served concurrently as the 139th AW Deputy Mission Support Group Commander and Civil Engineer Squadron Commander. She had responsibility and oversight for over 150 full-time and over 400 part-time personnel in the Force Support Squadron, Logistics Readiness Squadron, Civil Engineer Squadron, Security Forces Squadron, Communications Squadron, and Base Contracting Office. She was responsible for programming, coordinating and executing all military construction, fire protection, environmental protection, and emergency management programs affecting more than 1,100 Guard members and civilians in over 335 facilities with a total plant value of $162M on 450 acres. She has served in various assignments including 139th AW Environmental Engineer, Mission Support Group Executive Officer/Communications Officer, Medical Group Bioenvironmental Engineer, and Services Commander. Col Link originally enlisted with the 126th Logistics Readiness Squadron in Chicago, IL, and has over six years of enlisted experience.